The American Realty and Petroleum Corporation (AMREP) purchased 55,000 acres in 1961 and turned it into a housing development called Rio Rancho Estates. Eventually, AMREP would acquire around 91,000 acres. AMREP divided the land into quarter-acre and half-acre lots and then sold the land by mail to residents who were primarily from the east coast. Potential property buyers were flooded with promotional literature and images of sprawling green landscapes and were taken to dinners as part of a marketing plan to sell the land. 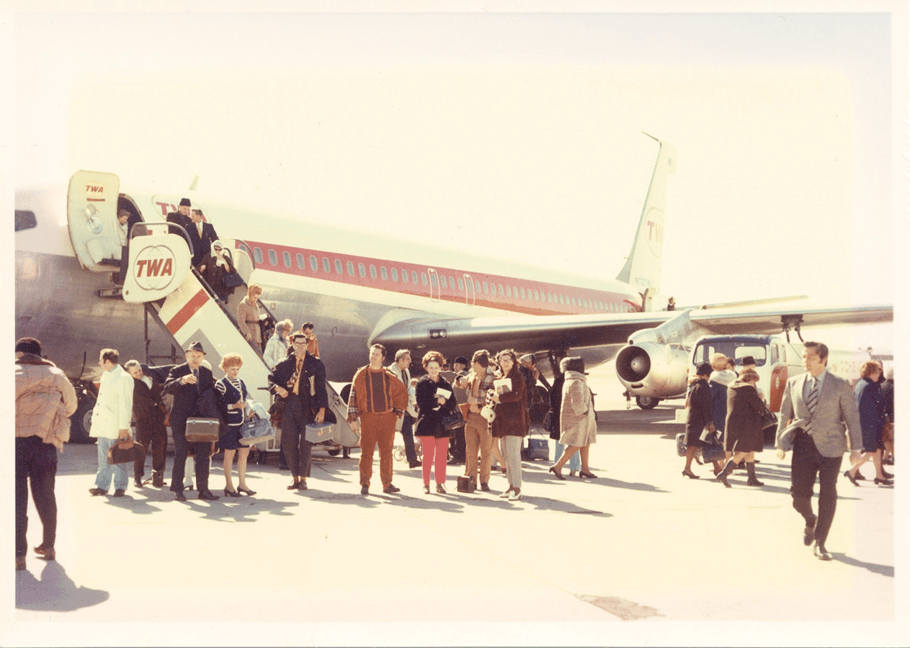 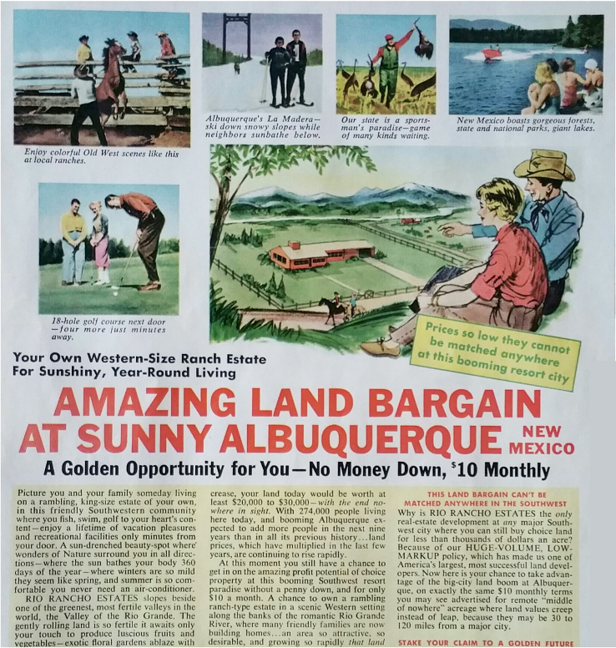 In 1962, AMREP began constructing model homes. In 1963, six models were built and Mr. and Mrs. Ed Parker became the first residents to move in.  In June 1964, AMREP officially dedicated the subdivision under the name Rio Rancho Estates, Inc. The ceremony took place at the clubhouse and swimming pool—now the Rio Rancho Jewish Center and Haynes Park located at 19th and Grande. 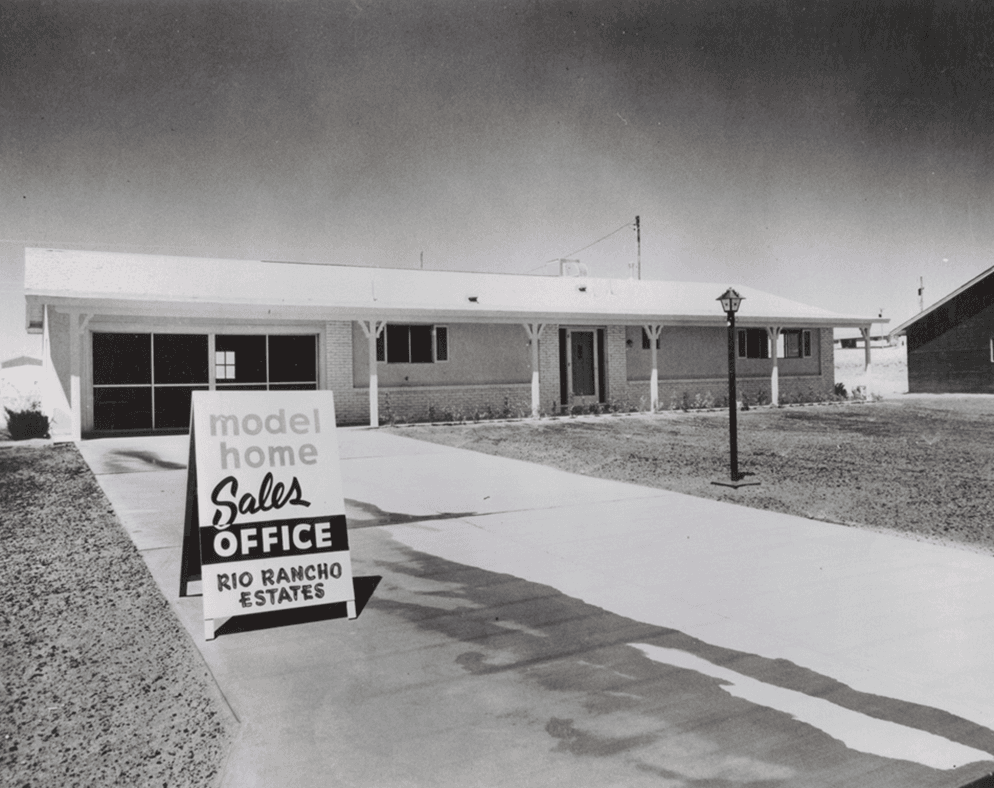 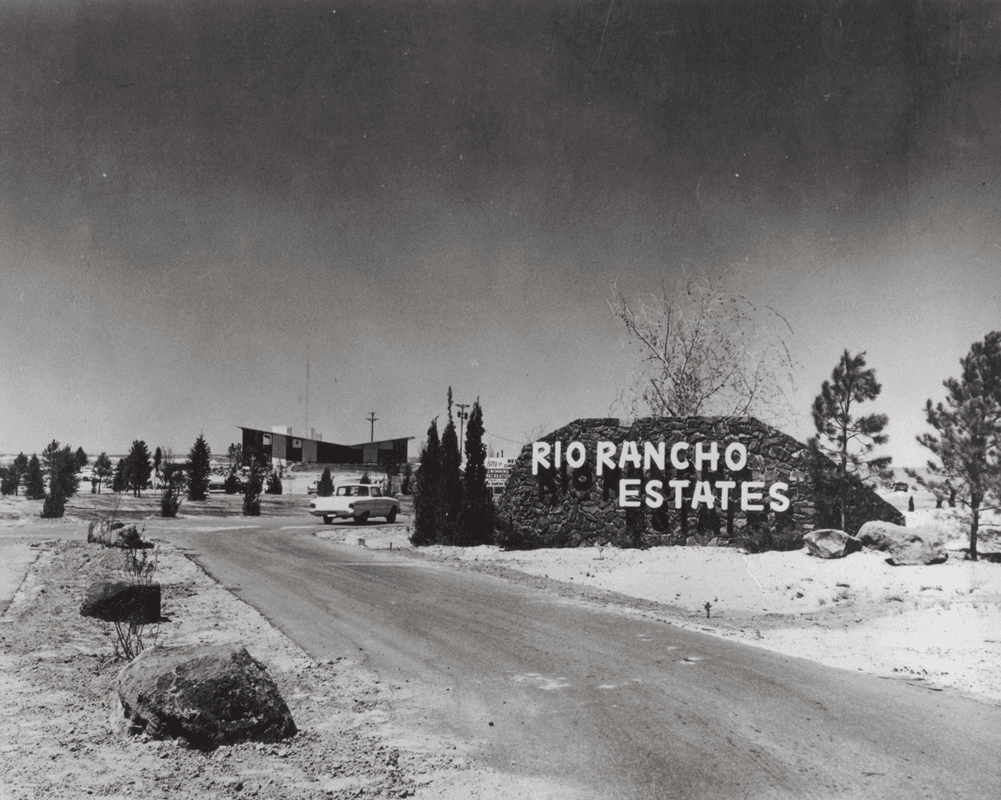 Around 1975, while the majority of land purchasers who moved to Rio Rancho were very happy, some people who purchased land for investment purposes were not. In 1975, the Federal Trade Commission filed a lawsuit against AMREP for allegedly defrauding, by mail, 45,000 investors for as much as $200 million. They claimed AMREP promised shareholders their real estate investments would double or triple in just a few years despite knowing the land had no resale market. In 1977, AMREP was found guilty of mail fraud. A number of upper management staff, including the Senior Vice President of Sales, were sentenced to six months in prison and the company was fined $45,000. In 1993, the FTC brought a civil suit against AMREP with the same charges. There was a settlement of $350,000 given to the 22,000 defrauded land buyers.

Prior to incorporation, the residents were governed by a set of master plans and covenants filed by AMREP. These agreements afforded control of such things as fences, animals, garbage, and easements. The only official method of enforcement was through the courts.

In 1965, the Rio Rancho Estates Volunteer Fire Department was organized with 19 volunteers. AMREP donated a pumper truck, land, and a fire station. The station is located on 19th Street and is currently a storage and training facility. Until 1973, residents relied on the Sandoval County Sheriff’s Office for law enforcement. A subsidy for this service was paid by AMREP. In 1974 AMREP donated $12,000 and a substation to Sandoval County to provide law enforcement.

AMREP built and maintained all the streets except State Highway 528. All utilities were installed and maintained by AMREP prior to incorporation. When Rio Rancho became a city in 1981, municipal government acquired what was previously private infrastructure and, thus, would need to maintain it. 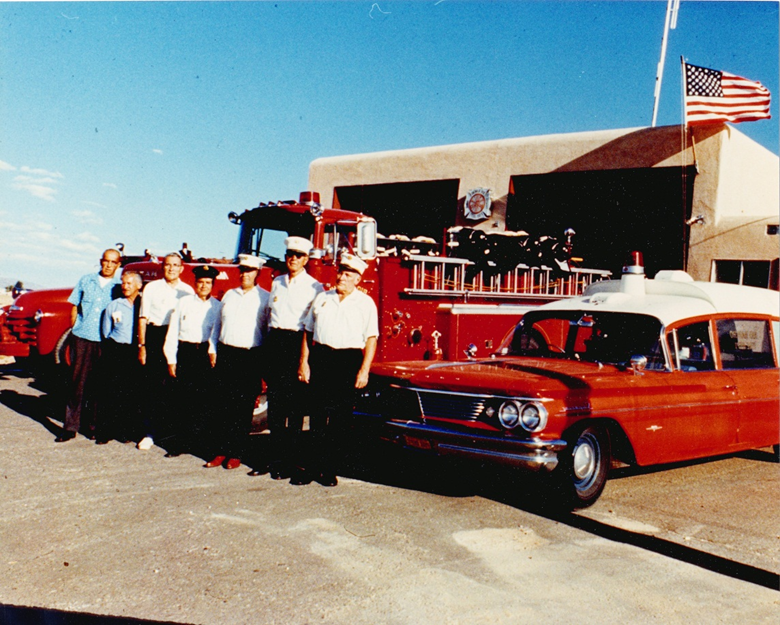 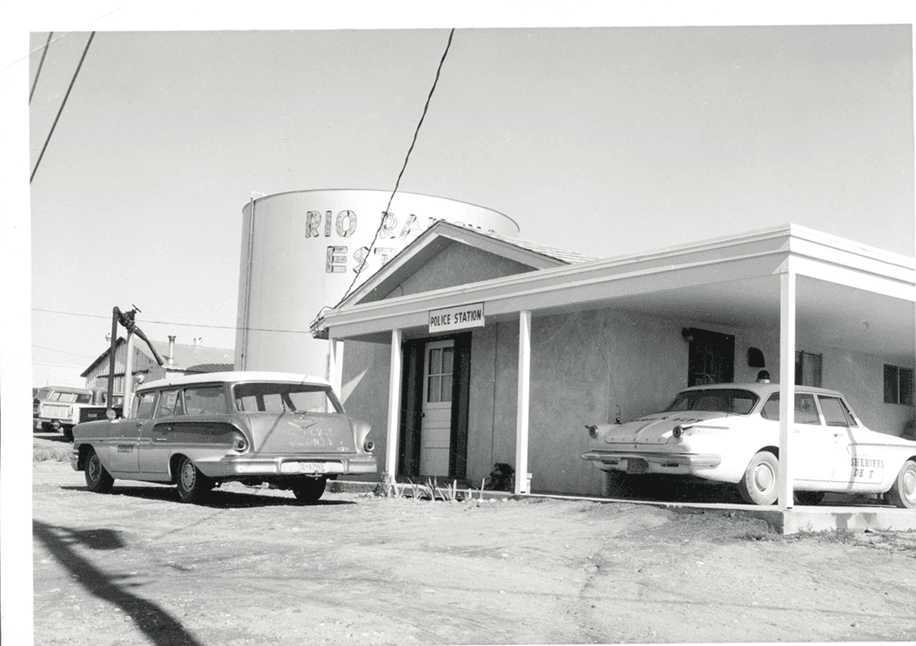 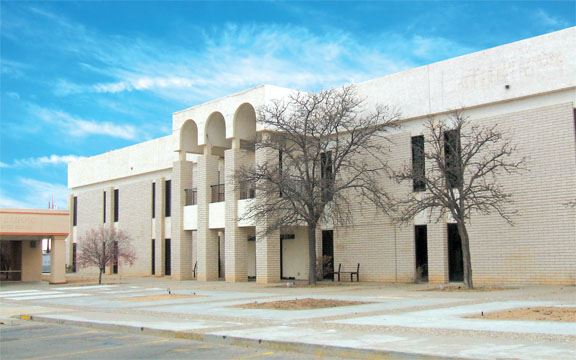 The seal is an adaptation of a drawing submitted as a result of a public seal design contest. The winning drawing was submitted by Nino Carpenito, a student at Rio Rancho Elementary School.

The city slogan was submitted by Mary Ann Bohl, a resident of the city, who won the “City Slogan Contest,” held by the Rio Rancho Chamber of Commerce. 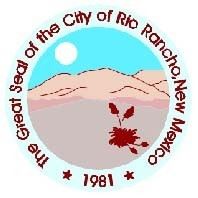